Michael Collins (born October 31, 1930), (Major General, USAF, Ret.), was a former test pilot and NASA astronaut who flew in the Gemini and Apollo programs.  Gemini 10 with John Young, set an altitude record, performed rendezvous with two EVA’s, Mike became the first person to perform more than one spacewalk. As the Command Module Pilot for Apollo 11 he remained in lunar orbit while Neil Armstrong and Buzz Aldrin made the first manned lunar landing.

After leaving NASA in 1970, Mike took a job in the State Department as Assistant Secretary of State for Public Affairs.  In 1971, he was named Director of the Smithsonian Institution’s National Air and Space Museum overseeing its creation and opening in 1976.  He remained there until 1978 when he became undersecretary of the Smithsonian Institution.

Mike was a watercolor painter and the author of several books including Carrying The Fire and Flying to the Moon. 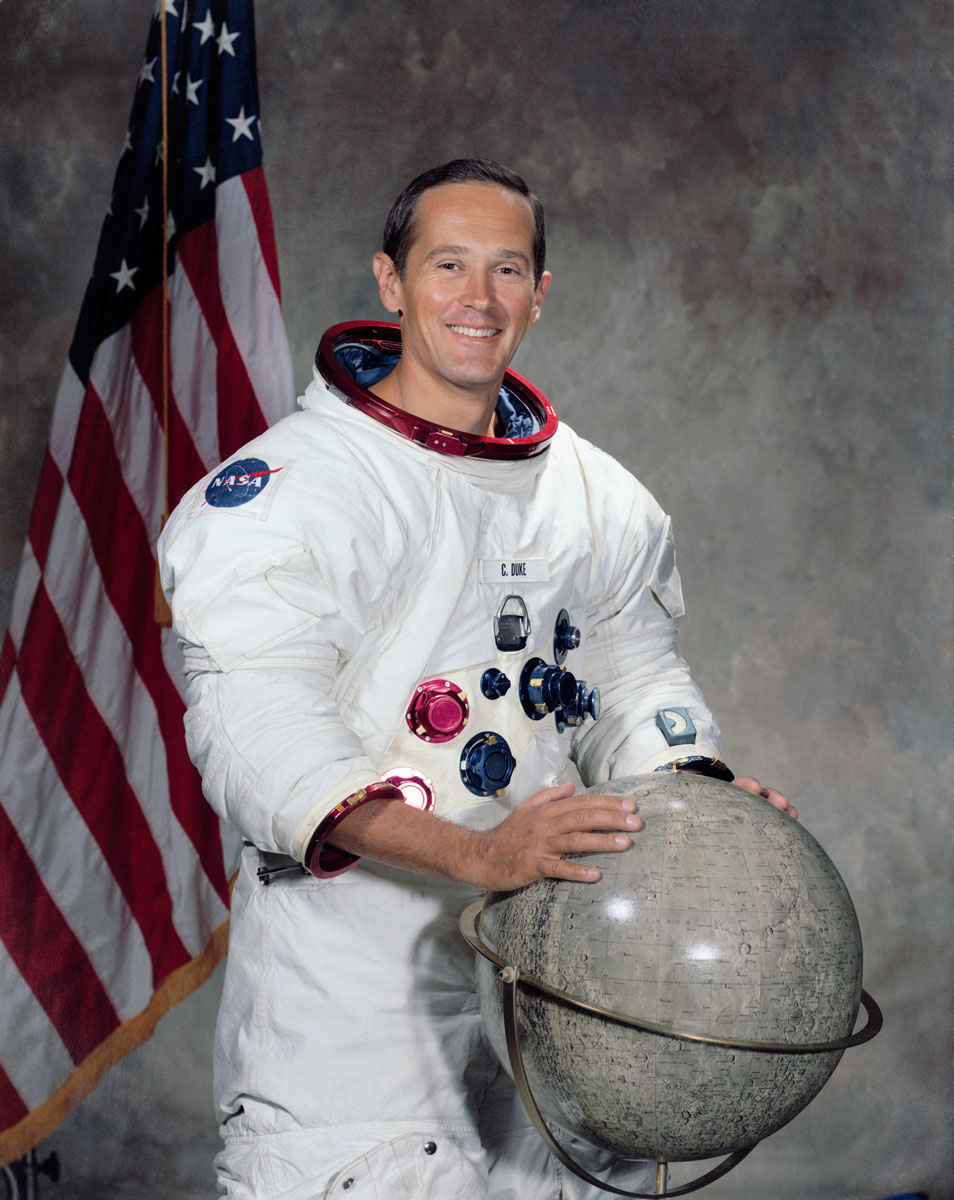 General Duke served in 5 different Apollo missions to the Moon:

As lunar module pilot of Apollo 16, April 16-27, 1972 Mr Duke was accompanied on the fifth manned lunar mission by John W. Young (spacecraft commander) and Thomas K. Mattingly II (command module pilot). Apollo 16 was the first scientific expedition to inspect, survey and sample materials and surface features in the Descartes region of the rugged lunar highlands. In four excursions onto the lunar surface, Duke and Young logged 20 hours and 15 minutes in extra-vehicular activities – involving the emplacement and activation of scientific equipment and experiments, the collection of nearly 213 pounds of rock and soil samples, and the evaluation and use of Rover-2 over the roughest and blockiest surface yet encountered on the Moon. 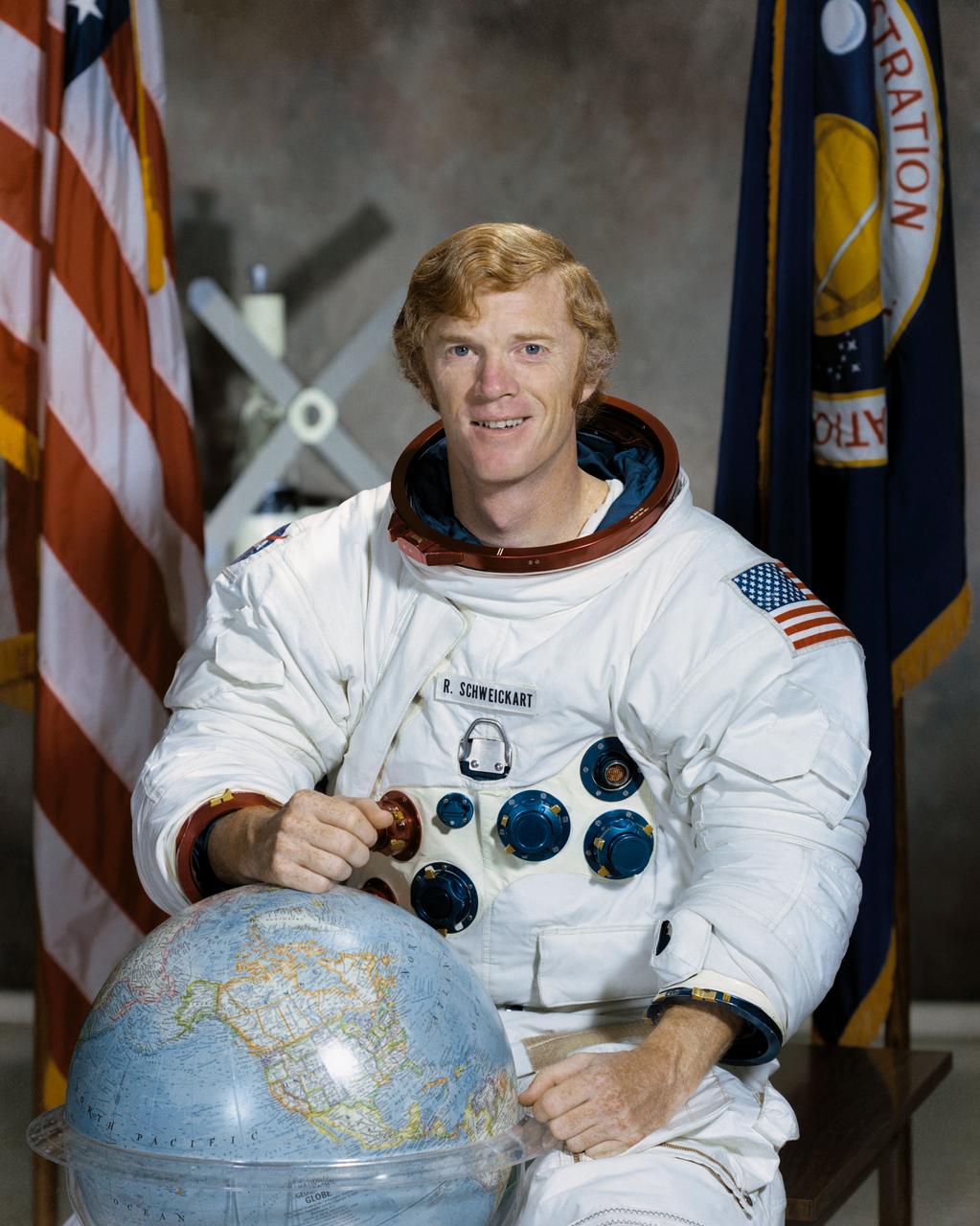 Prior to his work with NASA, Rusty Schweickart served as a fighter pilot in the U.S. Air Force and the Massachusetts Air National Guard.

He was selected as one of fourteen astronauts by NASA in 1963. Schweickart served as lunar module pilot for Apollo 9, the third manned flight of the Apollo program and the first manned flight of the lunar module, in March 1969. Schweickart completed a 46-minute EVA, aboard this flight, testing the portable life support backpack. Schweickart also served as backup commander for the first Skylab mission in 1973. He received the NASA Exceptional Service Medal for his lead role in assisting to save the mission after its thermal shield was destroyed during launch.

Following his time with NASA, Rusty served in various positions relating to science, technology and energy with the California state government. He later founded the Association of Space Explorers (ASE) and the B612 Foundation, a non-profit dedicated to developing and demonstrating capabilities to deflect asteroids from Earth impact.